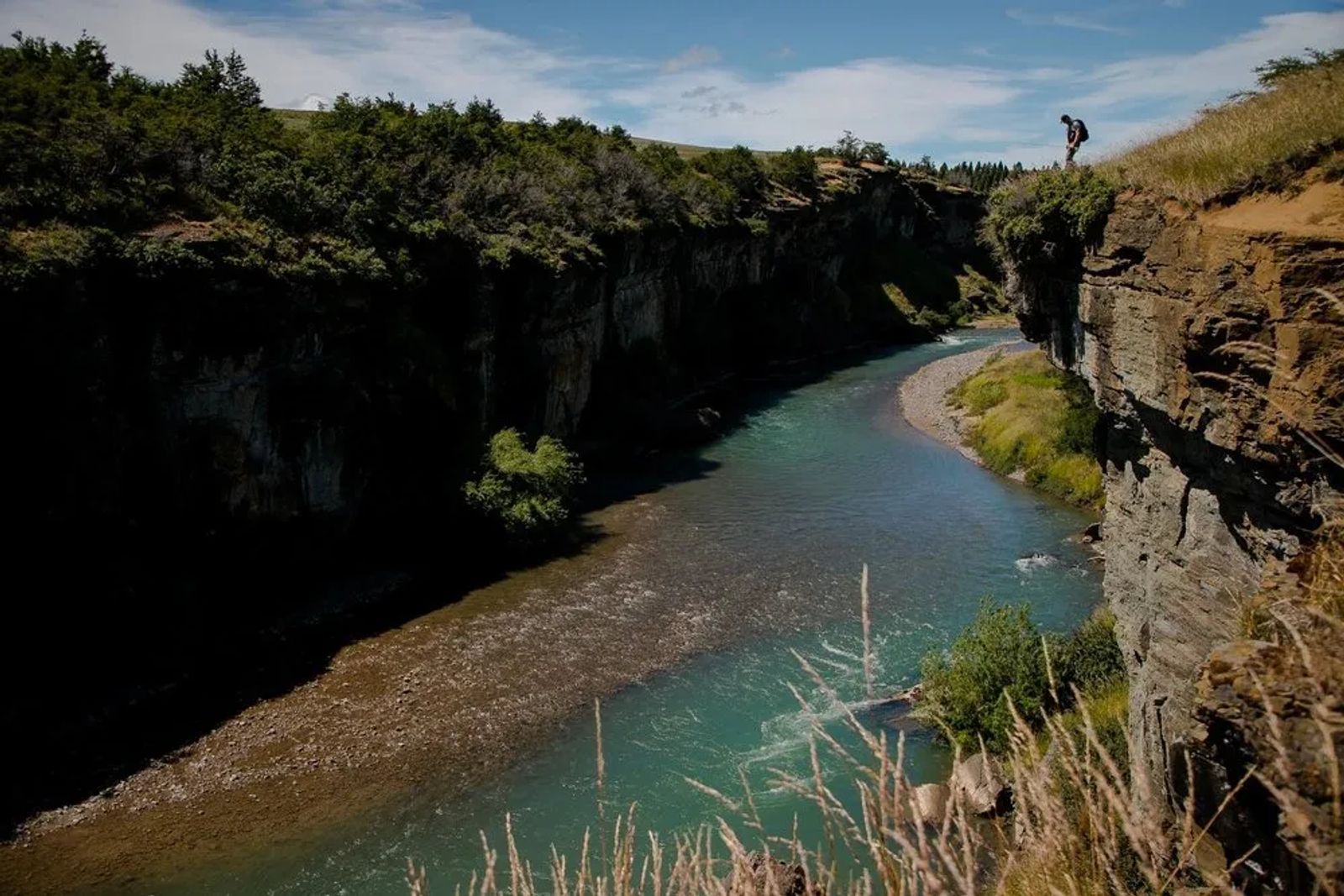 As usual, this statement is the finest detail in the direction we had as James and I had headed off into the wild. As our wading boots hit the water and we were on the hunt for the grand fish of Patagonia, we traced the rocky shoreline and eventually crossed the rushing river where it was shallow enough for the current not to topple us over. The further we walked, the more we found ourselves enamored with how incredible the landscape was that surrounded us. From chest high waves of grain, to rolling hills held in by the snow-capped mountains in the background, we continued to navigate a small trail atop the a steep canyon with full intentions of not slipping, as that would result in a free fall to the water below.

"Follow the way of the Guanaco" was the saying we followed as we would skip across rocks to cross the water or find small animal paths to continue working deeper into marvelous landscape. The Guanaco is an animal that is a relative of the llama common in Patagonia. Finally we found the spot we wanted to settle into, and began our usual routine of leaving no water that might hold fished untouched. As the sun rose high into the sky, the water began to turn different shades of blue and turquoise, these colors swirling through each eddy and continuing to work its way downstream.

Being remote in this canyon, and knowing there was a private fence line on the other side of the river, it was almost startling as I heard my mouth speak out "there's a person, and another, and a dog, and a pack of dogs…and..." A group of humans and canines came down the hill from what I thought was a very remote section of the river. It wasn't that they just walked down, but bounced to the river almost as if they were actors hired to elicit joy. The fishing instantly took a backseat as it was overwhelming to witness this display of excitement in front of us with the landscape in the background. I was still in awe of where the group even came from. Some fished and others dove into the deep pockets of water, using it as their pool. As the wind blew through the fields of tall grass, we could see a pack of dogs and people running and playing along the hillside as if it were the Sound of Music. The scale of the landscape was hard to comprehend, and it would play hide-and-seek with the figures running through it. Soon we resumed fishing, still in disbelief of what was happening before our eyes.

As if we were yet again in a movie, I heard a couple joyous voices of young children in the distance. As my head turned, I noticed the flash of passing silhouettes from behind the trees atop the tall ridge 50-feet above us. Quickly, the sound of three turned to six, and six doubled, and again! Soon the cacophony of kids voices playing and their small figures kept coming over the ridge. "How can this be?" I thought as I remember how hard we worked our ass off to get into this remote part of the river. They just kept coming and were jumping and playing their entire way down to the river.

Within moments we were surrounded by a group of curious children, laughing, playing and interested in fly fishing. Their small Latin voices danced in harmony. While we couldn't understand most of their words, they exuded innocence and happiness. Two teachers appeared from the crowd to give their best effort to contain the kids and try to let us have our space, but despite their best and blessed efforts the joy of 30 kids overpowered restraint so instead we put on a show for them. Casting high above their heads and landing the fly on the water, their little eyes watched intently as it worked its way downstream. Some even found sticks and imitated the motion as if they were casting. As with the fleeting minds of young children and some encouragement by their teachers, they were soon off to be more interested in swimming and playing in the rocks.

We worked our way down the river to a point that would be underwater if it were any higher, but for the day we were able to walk into a shallow shale-cave worn into the hillside. As we prepared food, using the cave as shade from the hot sun of the day, we couldn't help but marvel what was happening and continued to happen before our eyes. It was as if we were in a perfect fish-eye of a surreal and beautiful landscape that has life and is breathing, and how much it can offer to the citizens that watch over it and protect it. The first group of visitors were still playing in the water off in the distance, with their pack of dogs and friends still running through the hills. The children continued to play near us, splashing in the water and waving their small blankets stitched with local artwork as if they were dancing to the sound of the world. We were joined by the kid's loyal, old yellow lab, who we affectionately named Perrón as he seemed to have taken the role of patriarch. It was as if he recognized a couple other fellow outdoor dogs (us), or it may have been that he just wanted some scratches atop his wide head. But nonetheless we all sat there calm, content and with smiles stretched across our faces.

As we eventually heard the cacophony of happiness fade further away, in the distance the children formed a single-file line and happily bounced away just as they came. Perrón followed suit as if he was responsible to make sure they were all accounted for, and the group of other people accompanying dogs were right behind. It was as if a dinner bell had rang, and everyone followed was to ensure they were not late.

The small fertile valley became calm once again, and all we could hear was the sound of the river. This time is was a little different, there was a new sense of peace and calmness. As the sun continued to set and the light softened, I continued to cast again, using the rhythm of the earth as my metronome. Wanting to full be in the experience, I now stepped into the water barefoot with my toes gripping the rocks, letting the cool water flow over me. My fly line made its way into the vivid blue water, then down a small rapid into a turquoise lagoon, and the mountains and clouds in the distance seemed if they were yet again perfectly painted. I have found a lot of incredibly beautiful places on this earth, and experienced some special moments, but this day made me seriously consider if I had fallen when first crossing the river that morning, causing me to hit my head on a rock and drown only to have woken up in Heaven.

As we packed up and took one last look at what we saw, few words were needed to be said but an overall sense of contentment encapsulated the two of us. "Let's follow the trail everyone else took, it must have been easier and I want to see where they came from," I said to James. As we traced the footsteps of the kids, teachers, fishermen and Perrón, we found ourselves climbing through small holes in fences and came to appreciate the set of events that we just witnessed even more. Who are these teachers? As I write this, I still can't wrap my head around the logistics of that day and their willingness to trek distances with that many children, climbing through very small holes in the fences to help the kids taste a few hours of paradise.

I may never feel a day in nature as special again. It reminded me of how our perspective can change on people and places so easily from what it may initially seem. When we first arrived to the river it was beautiful, but mysterious and more cold with dark shadows that we joked at times held pumas. By the end of the day it transformed into an alluring playground, filled with life, vibrant colors and people as if it had just blossomed for the day. I also realized more than ever how much of a responsibility we have to protect these places. Not only preserve what land we have left before it can be damaged by humans, development and greed, but also provide public access for others to enjoy. We can't let a few bad apples, human mistakes or past decision inhibit or desire to continue to open land up for the public in the future. I have a deep desire that these experiences will be available for all the future generations of humans (adults and children) to have this experience - ultimately creating future stewards to watch after her after we are long gone. 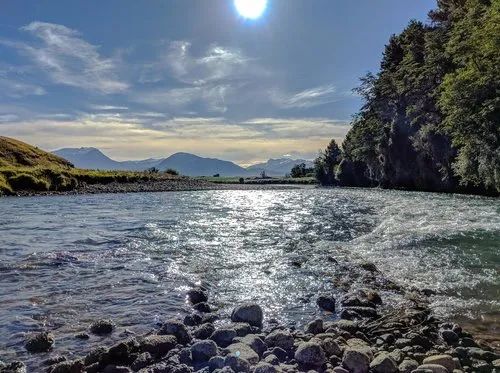 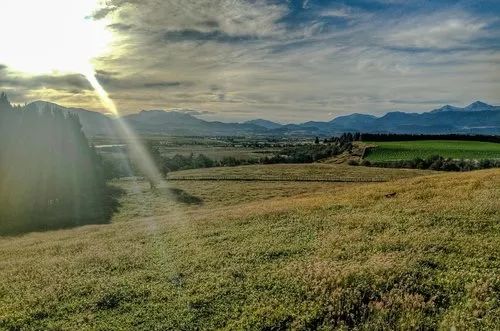