Nearly the End of the Earth 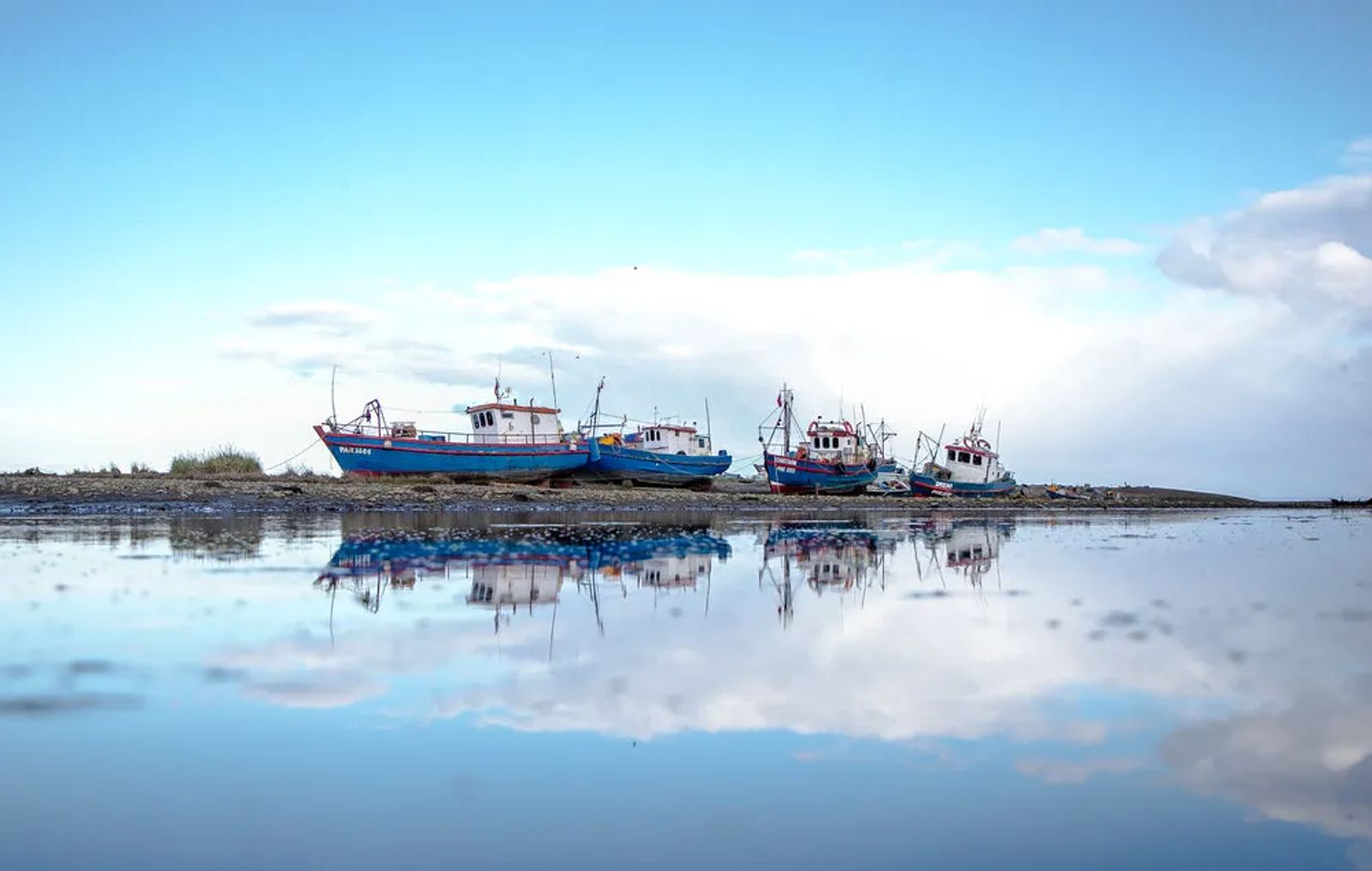 As the bus doors opened, the now normal soaking cold rains of Patagonia dripped off my hat and reminded me that I am still in her grip. One thing was different now, I looked up and realized how far south in the American continent I have traveled. I am not at the end of the earth but I can damn near see the dark edge of its border in front of me.

Punta Arenas is the southern capital of Chilean Patagonia residing over the Chilean region of Magallanes and Antarctica. Originally founded as a penal colony to have a Chilean presence in the area, it quickly grew after because of the Strait of Magellan. The Strait, though still extremely windy and difficult to navigate at times, is a safer alternative than the Drake Passage which was previously used to navigate the stormy and many times icy stretch of cold water between Cape Horn and Antarctica. Evidence of this difficult passage and once shipping boom prior to the opening of the Panama Canal can be easily seen as you drive along the shores of the Strait. The remains of abandoned ships left to rot or be salvaged sit with battered hulls from their valiant attempt to make their way through the passage.

Retracing the journey of these vessels, the leading edge of our exploratory ship cut through the waters of the straight. While the diesel engine lulls many to sleep, other eager passengers press their noses to the window or brave the cold wind in an attempt to spot a dolphin or whale. As we landed on the island, and the gate dropped, all the passengers disembarked to be greeted by a few curious penguins in the forefront of an island filled with a colony of 30,000 relatives. The penguins are named for the island they reside on, Magdalena, and as you navigate the walking paths of the island you can see the little birds walking about their day making nests, cleaning their young in their underground dens, or calling out to each other. Before preservation, crab fisherman used to land on the island and harvest penguins to use as bait. Now tourists can land on the island and be greeted by these small hosts who at times are many times curious. 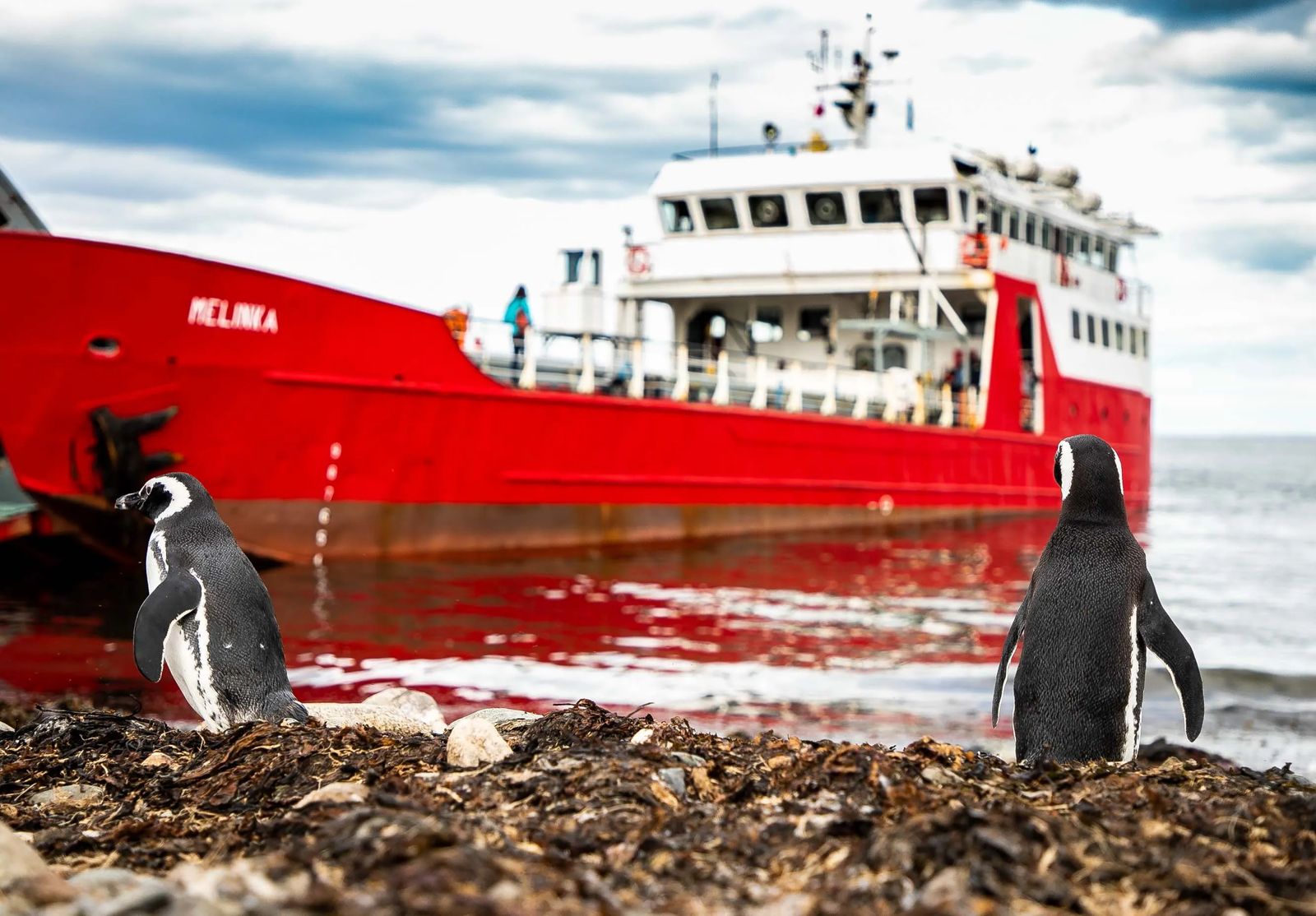 Being at such a latitude in the peak of summer has its advantages. The days are filled with over 19 hours of sunlight which can throw of an internal clock. After being out with some new friends to continue to share stories of our travels, I looked at my watch. "How can it already be 3:00 am?" It didn't seem long since the sun went down. As the sun was already starting to gently brighten the horizon, I thought about the previous day's botched attempt to capture a sunrise as the rain clouds had other plans for me. After little convincing of my new adventure crew, and knowing the sunrise on this day would start the longest day of the year, my friend exclaimed, "Vamos!" and off we went. Being a local, he shifted the gears and winded the SUV through the city streets before we found an open country road to climb for a better view. After a final turn onto a gravel road, the car came to a halt and within what seemed like a few crisp moments, the sun crested the clouds slightly above the horizon and illuminated the vessels resting quietly in the Strait of Magellan. We overlooked a field and the city, whose lights were overtaken by the natural burning light which seemed as if a wildfire was racing towards us across the landscape. As I closed my eyes to breath in the crisp air and make the memory more permanent, I thought "to all the other explorers out there, these are the moments we live for". 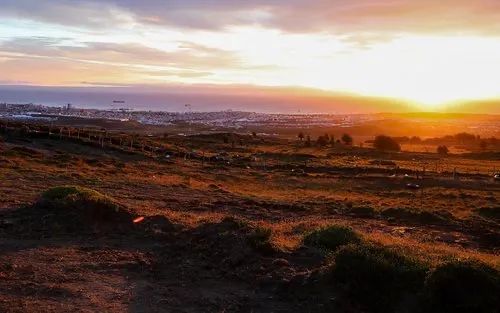 Many kilometers down the shoreline, is a rocky hike along the shore to the southernmost lighthouse on the American continent, Faro San Isidro. With each footstep, it was easy to see how difficult it must be to sail with weather conditions, let alone how narrow the passages can be at times. The schizophrenic weather provides bursts of dramatic soaking rain and wind that would gust so vigorously it will stop you in your tracks. The adage of "there is no bad weather, only bad gear" is always a constant thought in my head while in Patagonia. Those who have the fortitude to weather the storm, however, are offered an incredible view if only for a moment. As the sun would come out and the water would calm, it seemed as if you were in a southern paradise with mountainous forests protecting the water. Horses grazed along the beach and rainbows danced in front of the snowy peaks in the distance. With water so clear it looked as if I were in the Caribbean, however, I was quickly reminded of my latitude as the frigid waters touched my skin. As the lonely lighthouse still watches over those who sail through the passage, it's interior collects dust as there is no longer anyone required to make her a home. 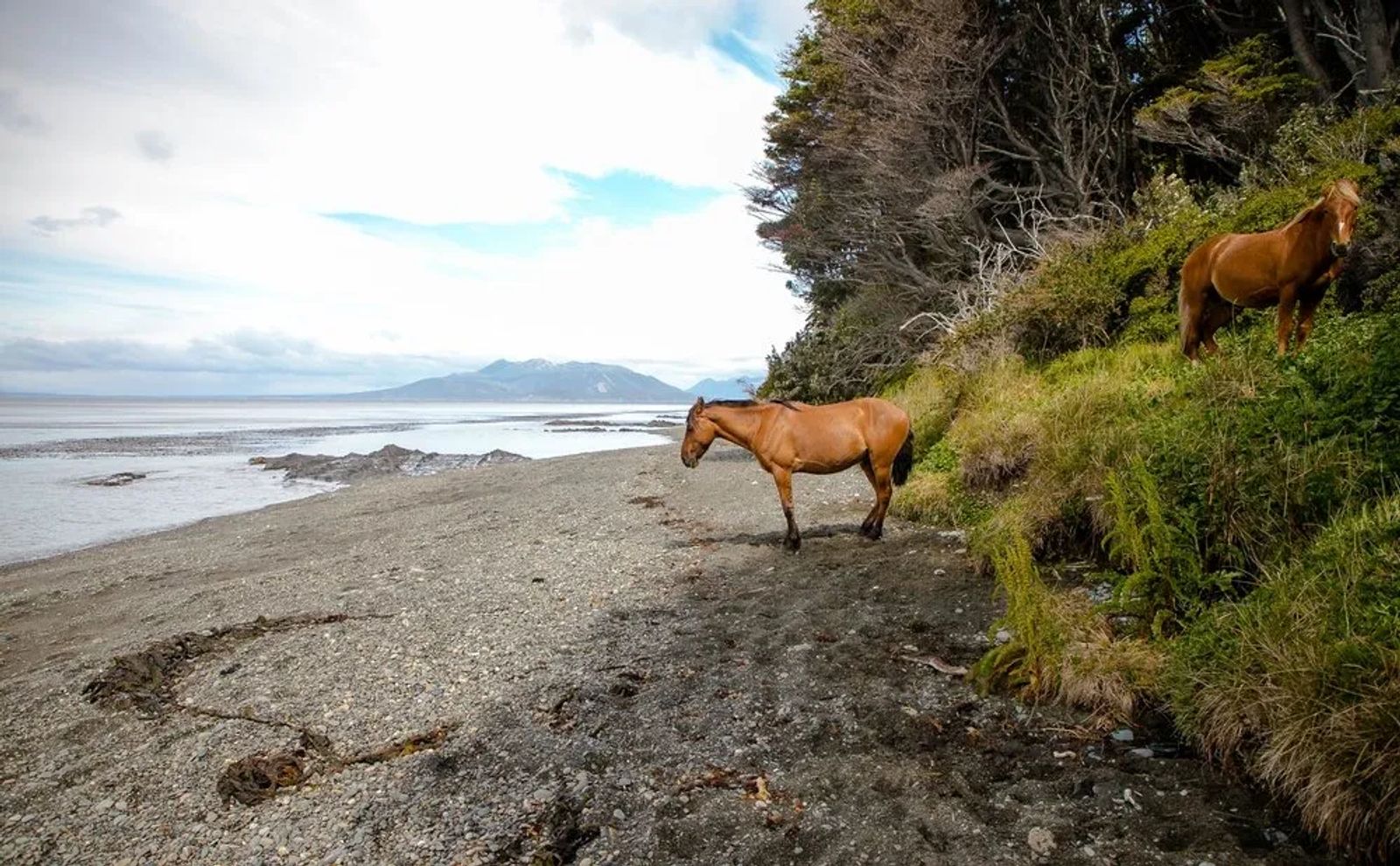 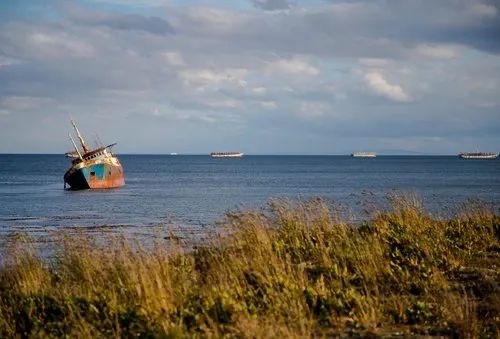 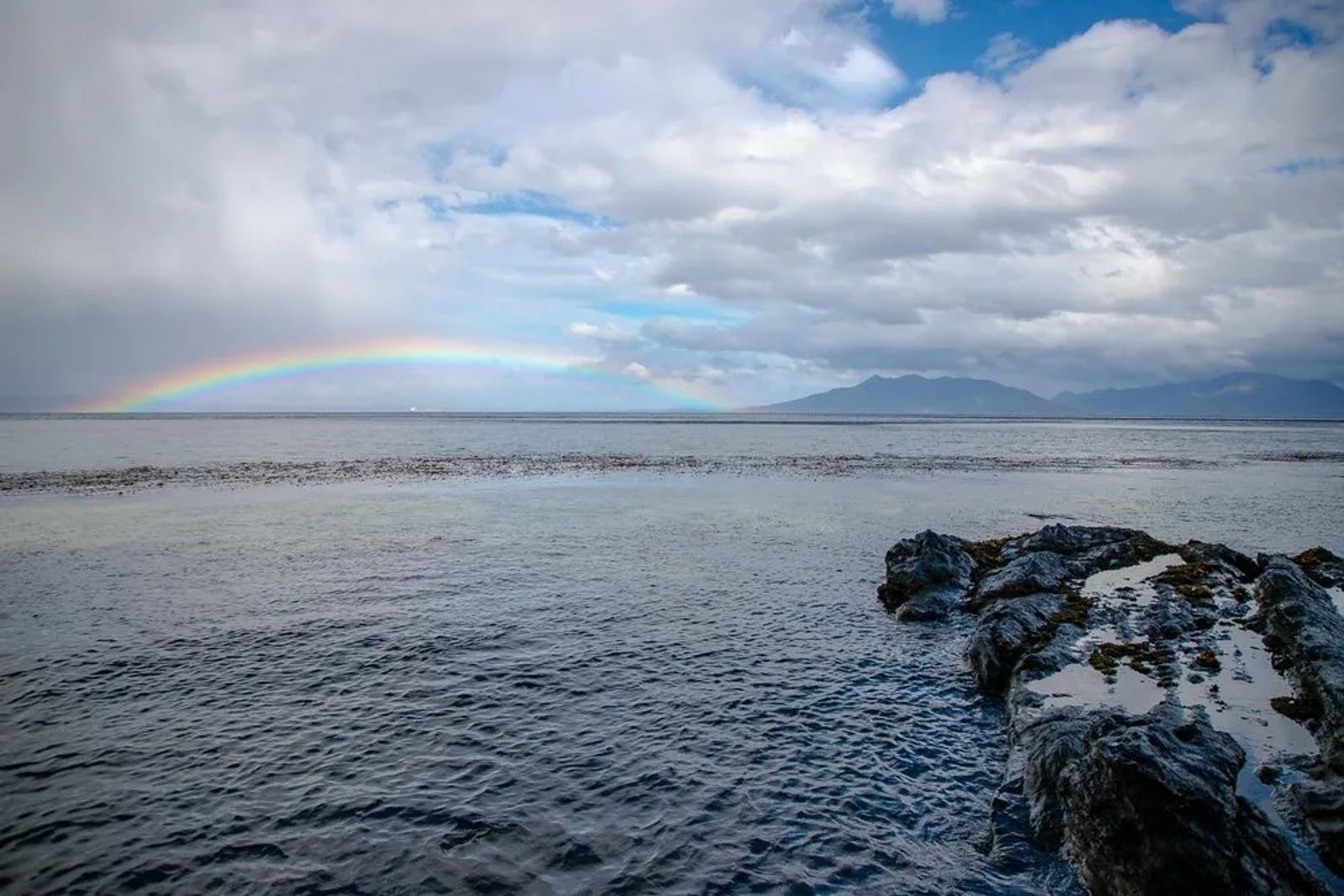 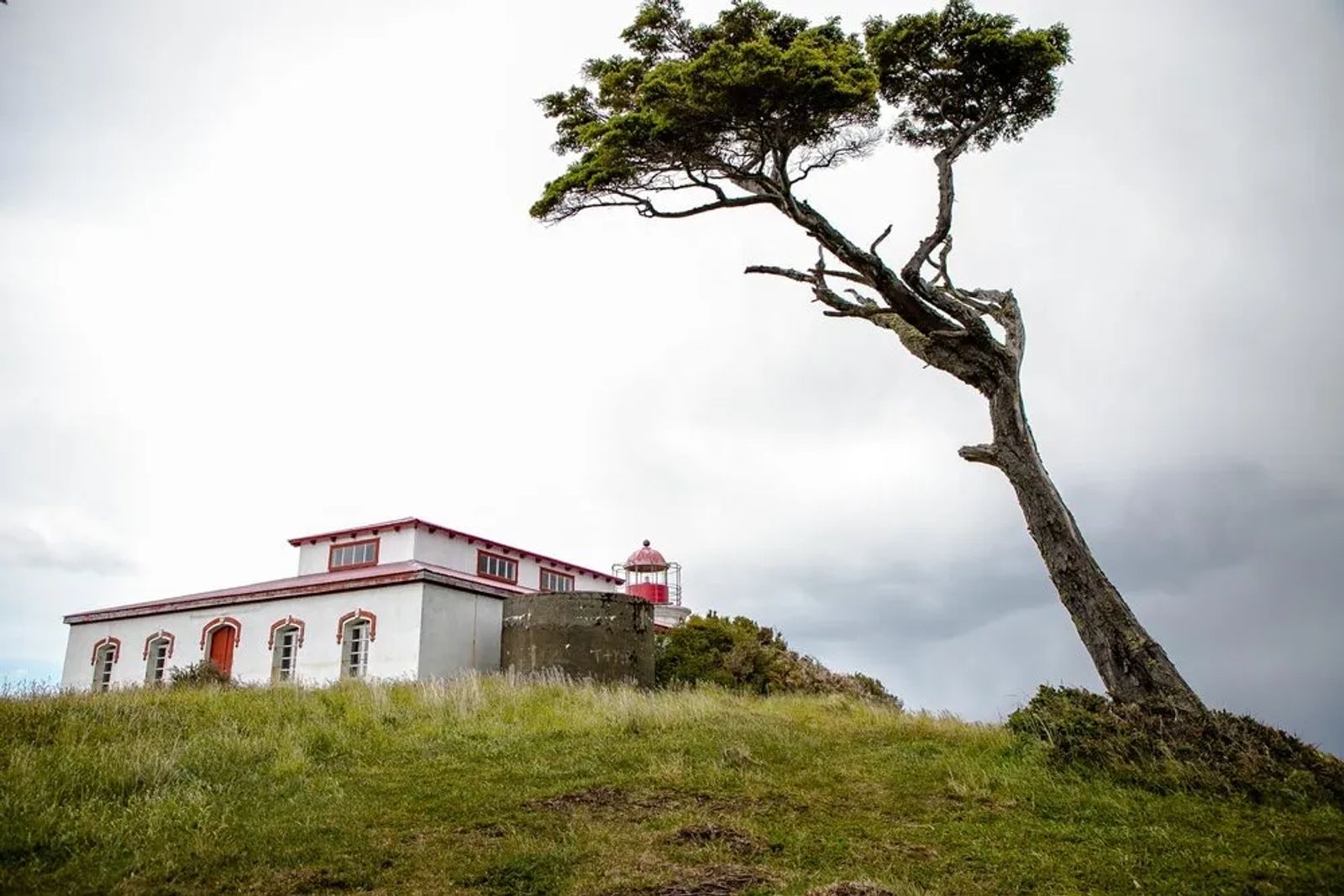