After arriving into Manuel Antonio late after many times questioning whether I was going the right direction or on the right bus, I met two companions and we set course early the next morning on a significant road trip to the Guanacaste province with what seemed to be a new crew of eclectic friends. The highways of rural Costa Rica are windy two lanes that connect the diverse landscapes of the country. Costa Rica holds 0.03% of the earth's surface, however it hosts nearly 6% of the world's biodiversity. While traveling on these highways, it will save a lot of stress if you don't expect to be somewhere at a definite time, as multiple times we would come to a complete standstill from construction or another reason, where you just shut the car off to enjoy some music, silence or make friends with other drivers.

Using the map from the car rental company, we charted our course north to the province of Guanacaste. Guanacaste is named after a tree prevalent in the region, with their enormous spanned branches providing incredible shade giving reprieve to the ground and creatures from the otherwise hot climate. With the warm breeze flowing through the open windows, we passed countless small remote villages watching the daily hustle, even if only for a moment. The only road that traversed the coast was still a rugged dirt road, forcing a driver to be present so they don't damage their car on the endless sea of deep potholes. Perhaps with the spike in distracted driving, this might be a good forcing function for other nation's drivers to pay attention to driving. It is wise to have an SUV or bigger in the country, but true to adventure we decided to take our chance with a compact car which added to the adventure, perhaps foolishly.

As we neared our destination of the tiny village of Ostional, a city that parallels the coast and has developed a reputation over the past half century to be an epicenter of where the sea turtles come to lay and hatch their eggs for a four to five day cycle. With only five kilometers left to make our destination, we were stopped in our tracks by a rushing river across the road. It is not uncommon to drive across small streams in Costa Rica, however with the torrential rains throughout the day, this stream turned into quite the rushing river. Local trucks that are much larger than our compact car would pull up to the river, and question whether they are able to cross with their vehicle at that moment or wait hours for the river to drop to a reasonable level. After watching a few trucks pass through the river to see how deep it is, I determined that I would be able to make it with our micro sedan by following a line which I determined was the most shallow.

"I got this, para Las Tortugas [for the turtles]!" I said as my passenger Cesar jumped into the passenger seat with excitement. As our tires crept towards the river, we gained an audience of locals in disbelief. I was [somewhat] certain we would be fine as long as we were quick, and could keep water out of the air intake. Soon our bumper cut into the surface of the river and water quickly rose over the tires. You could hear the fight of the small engine pull the car ahead as the sideways force of the river attempted to take control of the car. I was in my element again, it felt as if the front half of the car was bouncing off the gravel bottom as if we were wading in chest deep water and using our tiptoes to propel us. The water rose to the top of the hood near the windshield and out of instinct I gave the throttle one last push to get what I could out of the engine, in the event it took on water and sputtered out. The car lurched forward, and at last the nose pitched up to climb out of the river bank on the other side. As I feathered the throttle a bit more to get the right amount of traction on the loose river gravel to climb over the embankment, and all those who watched were laughing in disbelief for what they just had witnessed. As I parked the car to let the water drain and climbed out as I just won the Indy 500, the locals laughed and shook their heads making the crazy gesture near their ears and repeating "gringo loco" as they came over to talk. Soon, passing SUVs and trucks asked if it was safe to cross and laughed in disbelief as they learned our little front-wheel wonder had made it, giving them the confidence they would need to proceed.

At last, we arrived to find out our local friend Cesar connected us to the leader of the Ostional village and one of the most knowledgeable hosts for the sea turtles. He has dedicated his life to the protection of the sea turtle and has lived in a small beach front cottage for over 29 years. He has fought against actions and developments that would put the sea turtle migration at risk, and even literally has taken a bullet for the cause. After spending the night walking several kilometers in search for some females laying eggs, and learning just how important the lunar cycle is to their activity (the night before the beach was covered with turtles during the full moon) as the clouds blocked the light of the moon, we watched the full process of nesting for a couple turtles, and what is all entailed in their location selection process. Each nesting female in this process will make two trips within a week and deposit around 100 eggs each trip. Early the next morning we walked back out onto the beach to watch the hundreds of vultures circling for fresh hatchlings, and shooed away a group digging in the sand to eat a group eggs. As we provided safety for what would have otherwise been a meal to these birds, we watched the turtles hatch and eventually make their journey across beach down to the water. It is something adorable to see a baby turtle get challenged by a wave and learn how to swim and make its way under so it doesn't continue to get knocked backwards. I would like to believe more than a few percent will survive this early stage of life, but also realize this isn't true and though we saved them from vultures, there is yet a lot of danger in the ocean for them to survive.

After spending the early morning with the turtles, we finished the weekend with a road trip throughout the rest of the Guanacaste province and trekked back down the coast to Manuel Antonio. As the road moved from beach views and mountainous overlooks, to areas filled with Guanacaste trees and looked as if you were on a safari, we took time to explore many of the beaches along the ocean. Each beach had a different feel; some looked as if they were lost in time, and some reminded me of a beach that you would find in Thailand or elsewhere in the world. The ocean and connectivity with the environment is clearly integrated into the way of life for the region.

I have taken countless trips alone, and for me there is a simplicity that can come with moments of solitude. We live in a world that is so connected, it is nice to cut away from the noise and check-in with my thoughts and self before re-entering the flowing river (maybe with a compact car). That being said, the weekend trip has allowed me to realize how fortunate I was to spend it with others, and how important human connection is to the basic human experience. As I chart out the next two months of my trip through Colombia, Argentina and Chile, I am lucky to have others join the journey, allow me to join theirs, include me into their lives momentarily, and provide some helpful guidance. I used to be proud of being a self-made individual, however, over the past several years I've realized how much this concept is a fallacy and even ignorant to the help we do receive. I truly believe we need to have the drive to make things happen and push ourselves forward and grow as no one else will (or at least shouldn't) make sure it happens for us, but I also believe it is incredibly rare that someone is so self-made where they didn't take a hand from someone else, even if the smallest gesture of getting directions from a stranger on the street.

Looking back on the times I felt I didn't get help or felt most alone, it was because I didn't ask for help or tell others what I needed. I'm not saying I've never been rejected which definitely can and has hurt depending on the situation, but more often than not I've been surprised on the amount of help others are willing to offer. For me, it can sometimes be hard to put ego or the fear of rejection aside and ask others for something as that is when we can be most vulnerable, but life can be so much more colorful with others. To talk in less generalities and be more specific, I asked someone who I barely knew if I could come visit them in this coastal Costa Rican town, and so far I've had an incredible trip. I am meeting an old friend and joining their trip to another small remote trip in the country. As I plan for Colombia, I am receiving help above and beyond my wildest expectations to plan the trip from an initial stranger who is a friend's brother who lives there, I am meeting friends in Patagonia, and the support of all my friends and family along the way to keep going - even quite a few surprises from people I haven't talked to directly in years. If I crash and burn on this chapter of life, I have learned and developed skills from others over the years that I can use to get myself back on my feet if needed.

I find the more we put out there into the universe, the more we receive in return. As much of unique snowflake that I want to believe I am, I realize there is less special about me than any other human. This concept is old as time and hard-wired into most of our DNA, it just took a while for me to realize it and I hope if you haven't already you can give it a try as well. 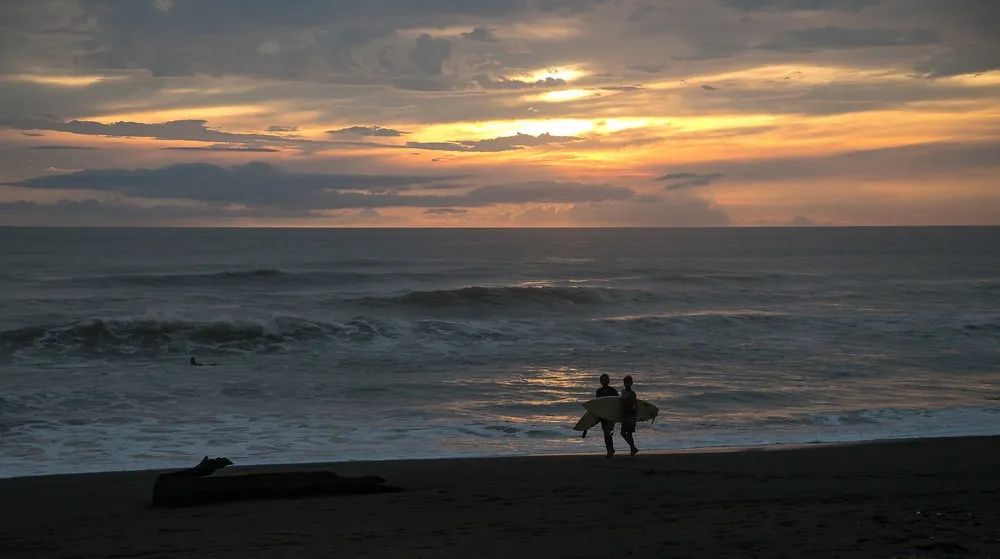