The Disguise And Real Gold Of El Dorado 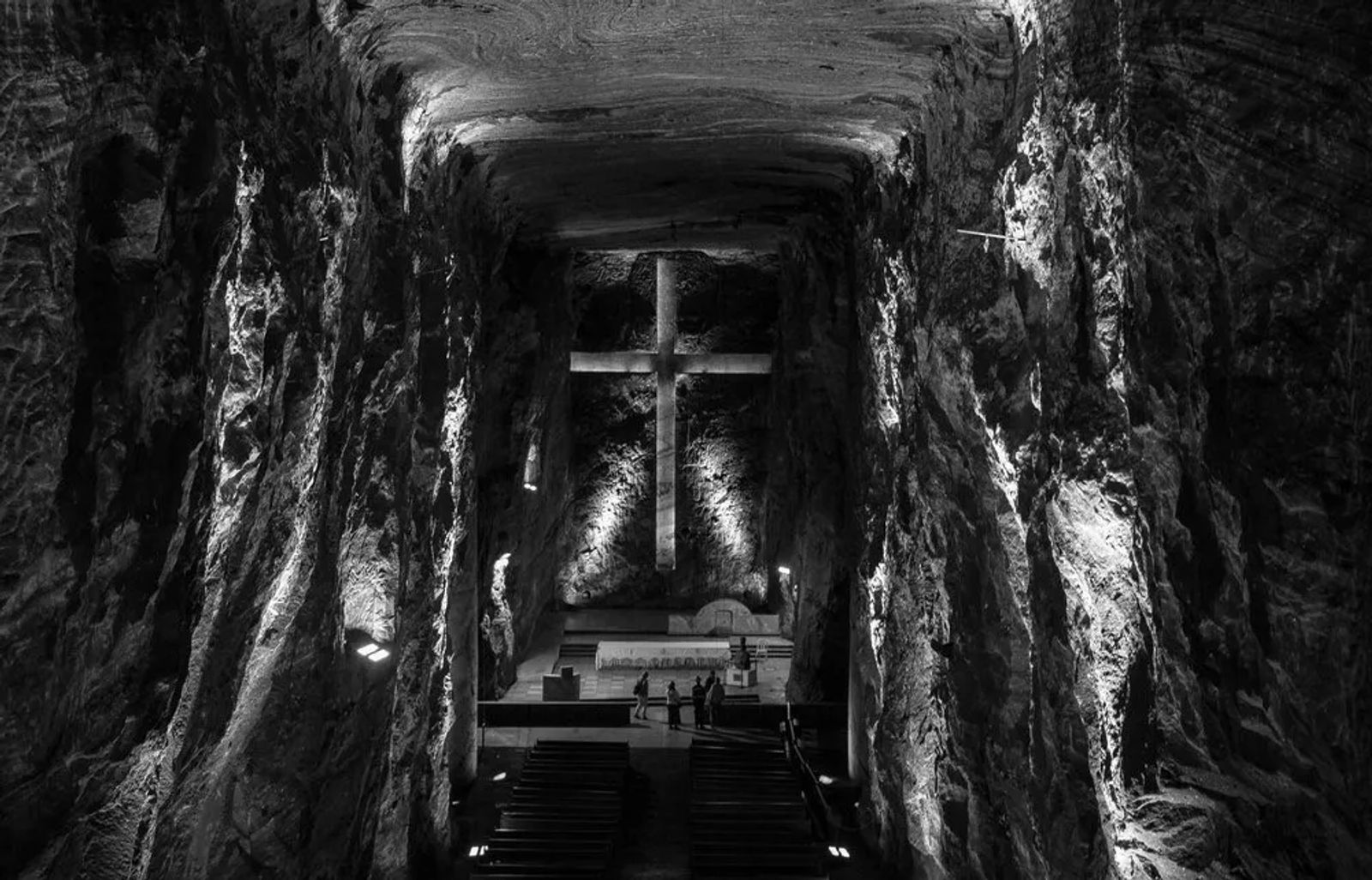 As the week commenced, I found myself positioned yet again in a common situation - behind the steering wheel of a car with a loose itinerary, a direction pointed away from the busyness of the city, and a curiosity of what lies ahead. The targeted destination was a small craterous lake nestled high atop a mountain that started the myth of El Dorado, ultimately one of the reasons for the Spanish to pillage and conquer Colombia in search of fortunes gold.

Laguna de Guatavita was the home and sacred place of ritual for the indigenous Muisca people, who would cover the body of their newly appointed ruler (nephew of the previous ruler) in gold-dust and push them out on a raft to dive into the waters to wash off the gold. After his skin was clean, the people would pay tribute by throwing jewelry and other gold offerings into the lake. Beginning in the mid-1500s, the Spanish conquistadors and later French were in search for the gold. Obsessed, the Conquistadors assumed over time that the gold was being hidden and continued to search and fail, using methods such as: marginally lowering the water level after using a bucket-line of slaves, cutting a notch in the side of the mountain only to flood the village and kill hundreds, and finally drill a hole to fully empty the lake and less than $1,000 worth of gold was ever recovered. 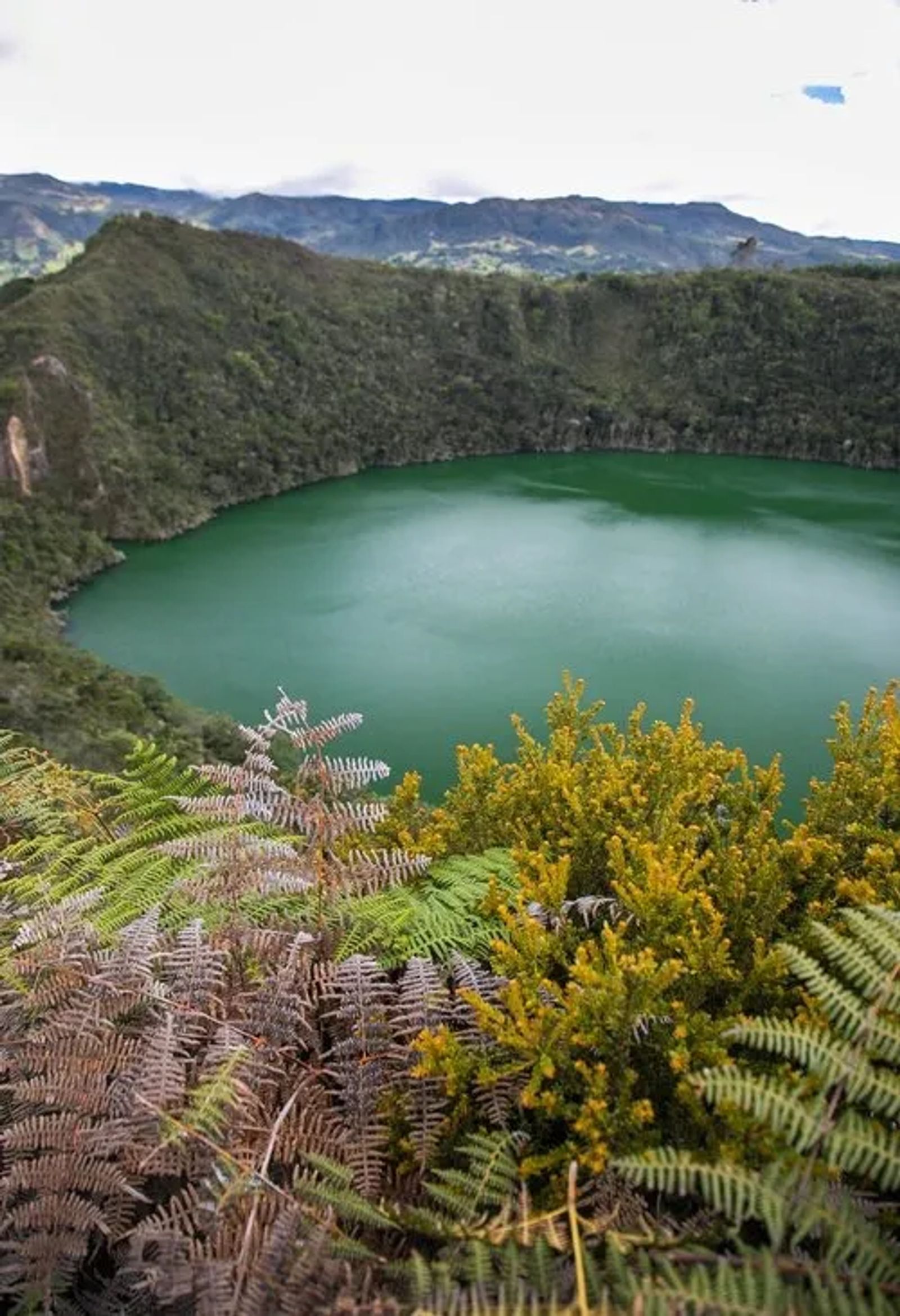 As we escaped the density of the city and the homes became further apart, the fields were filled with more cattle and the deep green forest came out to meet the road. After turning off the main highway, the engine of the small car began to let us know it was working harder with the groans and moans as we began to pitch up and the tires climbed and winded around mountain curves. As in Charlie and the Chocolate factory when the walls close in on Charlie as he walks down the hallway, it seemed as if the road continued to become more smaller and smaller and our compact car turned into a full-size sedan. The pothole-filled gravel road continued to climb towards mountains farms, and you could see farms resting on the side of the hills as far as your eyes could see, being overlooked by the towering peaks surrounding them. Transitioning from the car to a short hike up the mountain, it was quick to see why this place was held as a sacred place for the Muisca people. Though the emerald water of the lake rests at a much lower level than it did before human intervention, it still is a spectacular sight and easy to imagine what the indigenous tribes thought with this lone, craterous lake resting atop a mountain. On one side of the mountain, it is still very obvious to see the notch that the Spaniards had cut out of the mountain, and the water level was once hundreds of yards higher than it is today. It almost seems as if it is insanity that Spanish Conquistadors thought it would be effective to create a bucket line to drain the lake, but capturing the indigenous people and forcing slavery likely made it an attractive option in an attempt to satisfy their greed. This was another example of human imperialism/exploitation that that we have seen throughout time and even remains in the world today, if not even in greater raw numbers with the growth of the human population.

Leaving Guatativa, the reliable Toyota continued to chase the trail of the Muisca people like a bloodhound on the scent of a convict. Re-tracing the mountains roads and weaving through the chaotic Latin American traffic, we found ourselves at what once was one of the largest halite mines. This location is where the Musica people would extract the true gold of the area: salt. It is assumed that the Muisca people were exploiting these minerals as early as the 5th century BC and it was an important cornerstone of their economy. Salt was used to help preserve foods and in cooking, create sculptures and jewelry, and sold to those outside the tribe. It could have been that the gold was used to distract the Spaniards from pillaging their actual resource of value.

After the Muisca people and with the introduction of more modern technology, the area flourished from the mining of salt. Today, what was once a fully-functioning salt mine now has been converted into a cavernous Cathedral with one main Cathedral and many smaller sanctuaries extending deep into the earth. There is still a mass held here on Sundays, and the tombs are also used for other celebrations and private events. As you enter deep into the cave, the smell of sulfur quickly overwhelms your senses and daylight quickly vanishes. The heights of the ceilings and depth of each cavern are magnificent, and each person appears as if they are a small ant within an underground colony. Putting on hardhats, we ran to catch up to a tour group that had left shortly before. Once we caught the tour guide, he asked that we not use lights to let our eyes adjust to the black of earth and walk through a narrow, pitch black passage about 20 yards long. Being nearly 220 yards under the surface of the earth, you can't see your hand in front of you as the darkness is so think, and it is imperative to trace the wall with a hand as you move further along in the passage. I can't imagine what it is like for miners stuck far within the earth without light, as within this short passage I could fill the stillness and gravity of the cave, almost as if there was a vacuum of darkness - and am able to see how easy it is to lose the sense of whether you are moving towards or away from safety.

After a day of following the story of the Muisca tribe in Colombia, it was symbolic to witness and learn about the destruction from the European Conquistadors. As a European descendent, I left on this trip in search of the picturesque gold that the earth has to offer. As I continue to migrate south, it is a good reminder to not be driven by greed and ignorance. Rather, I will continue to listen and learn from the cultures in which I am interacting with - as I may discover it is not the gold I seek, but rather the salt of the earth. 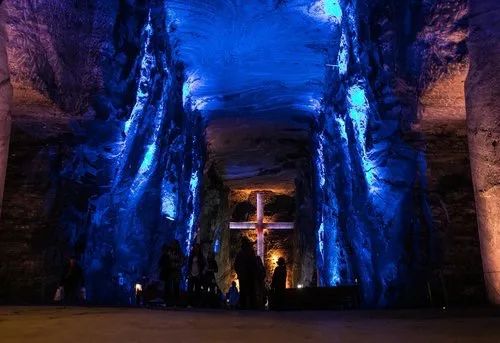 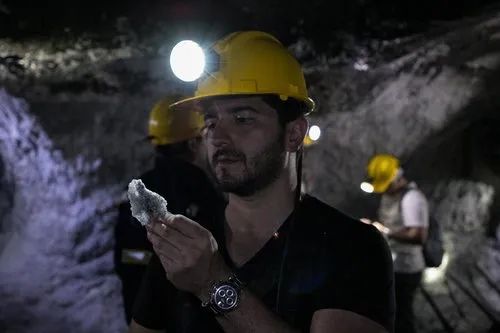