Walking The Streets Of Cartagena 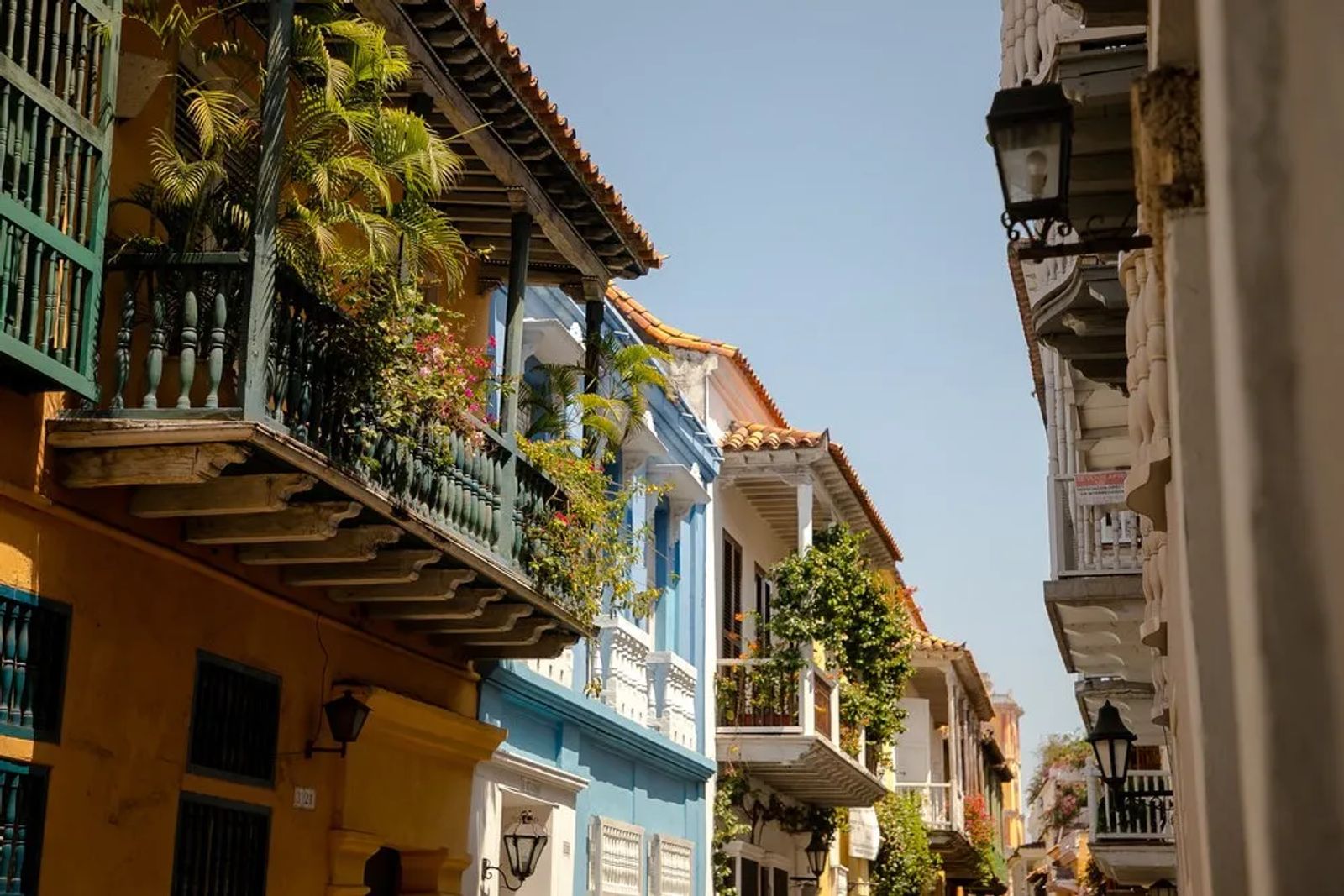 Standing atop the thick-walled city of Cartagena de Indias next to a cannon aimed out into the Caribbean, it can be felt how defensible the city was designed to be. This was the epicenter for the Spanish entrance into the New World and the South American continent. Named after the city of Cartagena, Spain - this Colombian city was a jewel to the Spanish for it was a primary marketplace for their slave ships to land and sell the slaves beyond the sea, as well as to use as a port to extract the natural resources back to Spain. These natural resources included gold, salt, and cacao from Colombia and Silver from Peru, amongst other bounties.

As locals, street hustlers, and tourists walk the narrow and cobbled streets within the walled city of Cartagena, overhead are the balconies hanging off brightly colored buildings to decorate the city. The balconies are iconic and have even been included as a part of a Gabriel Garcia Marquez love story. The streets of the city are configured to provide natural air conditioning within the city. As the breeze blows through the streets, you can feel the wind cool down the otherwise warm Caribbean climate and you feel a gentle relief compared to other coastal cities within the country.

With the historic slave trade, the population of Colombians that live on the coast is more heavily influenced by Afro-Caribbean, as is the accent and the cuisine. Being located on the sea, the menus are filled more with seafood offerings and typically are more fried, while trying to order the dish you will likely hear the lack of "s" in the accent of a traditional costeño. Every afternoon a group of local adolescents show up to dance Mapale, a dance brought to the city by the slaves. The dance was forbidden by slaveowners, and now the groups dance freely in the square outside of the building of the inquisition, to pay homage to their ancestors and give tourists a show.

Roaming the central squares of the city are Palenqueras, or woman wearing bright yellow dresses walking around with fruit on their head. Historically, the women would sell the fruit, however today they are more interested in earning money from tourists who take photos of them. This is one of many reminders of how the city is an emblem of its past but is evolving to transition their economy to tourism.

Outside of the walls of the old city are various barrios including Getsemani, Bocagrande and another island (not connected) as Bocachica. With the exception of Bocachica, the other barrios used to be separate islands and have been connected by land over time. Getsemani used to be a hotbed of drugs and prostitution, however now is becoming a more hip and chic part of town. Down the shore you can find Bocagrande, which is affectionately referred to as "Little Miami" and at a quick glance, you can see why. For the most part, something that can be appreciated within the city is the preservation of the old city from more new development. Along with this vast contrast, I am reminded of the dichotomy of tourists who frequent the country. Throughout my travels in Colombia, I have come to see very different types of tourists in Colombia:

As the port city of Cartagena still serves as a functional place to transition goods from the sea to land (fortunately less oppressive than its history), it also is a vivid place to learn about the history of Colombia. Though some of its authenticity is being lost to tourists, you can still find locals and historians to help you navigate and share their opinion on the "real" history of Cartagena.